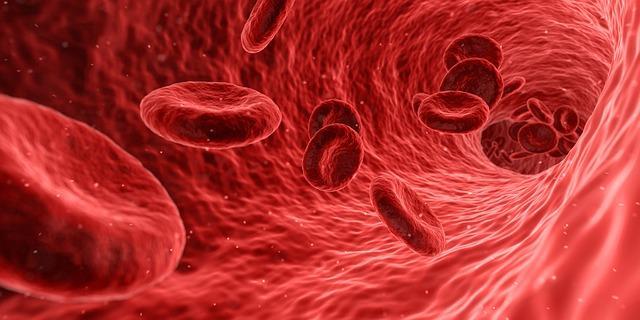 Leukopenia is a term used when there are less than adequate white blood cells in the bloodstream. This condition may make those suffering from it susceptible to infections. Leukopenia is often seen in diseases such as AIDS, cancer and lupus, as well as in common occurrences like the flu or a cold. Leukopenia can also be medically induced, as is often the case for cancer patients undergoing chemotherapy and radiation. While there are several prescription medications available to battle this condition, most of them also have multiple adverse side effects. But there are alternative natural methods that can increase white blood cell count without the side effects. One of these is Traditional Chinese Medicine.

Traditional Chinese Medicine is a medical system that has been around for thousands of years and incorporates multiple modalities to treat the body holistically. Acupuncture is one of the modalities utilized by TCM practitioners that can help increase white blood cell count. In fact, the World Health Organization (WHO) recommends and endorses acupuncture for treating leukopenia. Research has demonstrated acupuncture can increase immunity, while improving both red and white blood cell counts.

Traditional Chinese Medicine considers the spleen to be a very important component of immune function in the body. In TCM, the spleen is responsible for removing nutrients from food and then using those nutrients to build up blood. Patients with low blood cell count tend to suffer from fatigue. This can be countered by receiving regular acupuncture treatments that not only increase immunity, but also boost the production of blood cells.

One very important modality of TCM is herbs and herbal formulas. Specific herbs and formulas can actually increase white blood cell count and improve immune function in the body. The peony root, for example, is used in at least three different forms to boost or tonify the blood. In single herb form, peony root is known as Bai Shao, Chi Shao and Shao Yao. All of these forms are known to tonify blood, which ultimately increases immunity.

Tai chi and qi gong are not technically part of TCM, but they are ingrained in Asian history and used by millions of people worldwide. Studies have shown these forms of low-impact exercise can be very beneficial to those suffering from leukopenia. In fact, the studies confirm blood cell count can be increased by practicing tai chi or qi gong on a regular basis. There have even been cases where tumors have completely disappeared after the patient began practicing these ancient martial arts.

Diet and nutrition are other important areas when battling leukopenia. In TCM, nutrition is vital for overall health. One of the superfoods in TCM is Shiitake mushrooms. These mushrooms are recommended because they are known to enhance immunity. Shiitake mushrooms contain lentinan, which is an antiviral substance that has strong immune-stimulating properties. This mushroom is used as a meat substitute in TCM nutrition. And when combined with other immune-boosting foods, this in itself can make for a very healthy meal.

Lastly, a practice known as meditation should be considered when low white blood cell count is present. While meditation is not specific to TCM, it is frequently prescribed and used by TCM practitioners. Mediation is a practice that helps calm the mind and the nervous system. When the nervous system is overstimulated, it creates metabolic stress within the body. Metabolic stress causes the immune system to become weakened, thus decreasing the number of white blood cells in the body. Meditation can help reverse this problem.

While Western medicine may be the current line of defense in fighting leukopenia, it is very feasible that alternative medicine may offer more without harmful side effects. The two forms of medicine can be used in conjunction, allowing the patient to have more options and more control over their treatment regimen.

Autoimmune diseases are a collective group of disorders that plague nearly 50 million people in the United States today. When a person suffers from an autoimmune disease it means their own immune system is attacking the body and...

Cystic fibrosis is an inherited disease that disrupts normal function of the epithelial cells in the body. Epithelial cells line the passageways of many of our vital organs, including the lungs, liver, kidneys, reproductive system and the skin.

The season of fall brings cooler weather and shorter days. As with any season, the world adjusts accordingly. Plants begin to go dormant, animals begin scrounging for food to store to get them through the upcoming winter months and...

Five Self Care Tips for Fall

Fall is a favorite season for many people. The weather starts getting a little cooler, things are beginning to slow down and preparations for the holidays are in full swing. For many others, fall is not so festive.

When you consider all the changes in our agricultural practices, the increased number of medications we take, as well as our dependence on plastic and technology that is constantly emitting low-grade radiation, it’s no surprise more couples are ...

Most kids, as well as a lot of adults, are afraid of needles. So the pairing of acupuncture and kids might not be an obvious one. However, more and more parents are seeking alternative methods of treatment for their children ...